10th Gen Intel Core Processors on the way and finally Intel released its 10th generation Core processor. It is one of the biggest generation gap between old and new one. 10th generation CPU will be more faster and useful in performance and also with improve battery life. This is just for start and 10th Generation Intel Core chips are available in some of the laptops.

Intel 10th generation laptops are already in market from August 21 and you can buy Dell’s latest XPS 13 which has Intel’s Comet Lake 10th Gen CPUs. It is expected that 10th generation core processors are with significant update with extra features tagging along for AI.

Here Is everything you must know about 10th Gen Intel Core Processors.

Intel’s 10th Gen Core processors are the next generation CPUs where they will work move to a 10 nanometer (nm) process and with other significant changes.

It is from since 2014 and still has to change their CPU’s with higher efficiency and more power-efficient. Intel has already reduced its power consumption, increase battery life and other requirements.

No doubt Thunderbolt 3 which is almost four times more powerful than any of the USB-C connection.Thunderbolt 3 at 40Gbps film make your computer more faster as they are both in next generation devices.

Intel 10th Gen laptops also has the ability to sport Wi-Fi 6 (802.11ax). Build for faster transfer speed Wi-Fi is now available with many laptops and other connected devices

If we talk about 10th generation code chips graphics performance it has no comparison with the old one. With advanced and dedicated graphics cards and chips, 10th generation CPU special Intel’s Iris Pro graphics will shock you.

Read Also : Microsoft surface Pro 6 i7 and i5 review

It will allow you to play games in 1080p and you can enjoy oye latest games like Fortnite ,Dirt Rally 2 and of course play player unknown Battleground(PUBG).

For graphic designer it is more efficient to edit 4K video editing and also photo processing easily on next generation chip. For Smooth and without screen tearing 10th Gen has also the support of 9VESA’s adaptive sync standard.

10th Gen Core chips are with many other features like Deep Learning Boost (DLB) to carry out AI workload efficiently without disturbing other devices.

How many Intel 10th Gen CPUs are there?

10th Gen CPUs are are outdated and there are almost 11:00 processes are available in different laptops. Most of the chip manufacturer like Dell HP and Lenovo has their own laptops in 2-in-1s they will be available soon in market. With Y and U series options each of CPUs are available with I3 I5 and I7.

Here is the smart look of all the specification for currently available tips.

Intel already make different in brands with their own specification and the numbers on it. Simple looking at Core i7-1068G7 it is is divided into different sections.

First section represent the brand name as the Intel Core second represent brand modifier as it goes to i3,i5, i7 and so on. In the next step 10th mean generation advancement and 65 indicate SKU number. Finally G7 noted as graphics level and its specification.

There are lots of rumours about 10nm intel comet lake CPUs late until in 2020/21.

We’ve gotten since 2015 and it looks like the latest one to receive it will be the 10th gen family so the lineup was posted by computer base who mentioned that the original source is from a Chinese based tech forum.
It looks like you won’t be getting any significant changes on the new lineup since it’s
still technically based on the same architecture as sky lake along with the added improvements from the process node the 10th gen lineup makes use of the 14
nanometer plus plus plus node which is one more plus than the coffee-like refresh now coming to their lineup.
With the top tier parts are the core online series which now feature 10 cores and 20 threads according to the datasheet  10 cores starts at 409-880-7264 and 16 thread parts which retail for $339 and $389 us.

These parts are priced lower than their ninth gen predecessors for around $100 less the khoros-5 SKUs include for 6 cores and twelve thread parts which  start at $179 us and go up to $269 this price is pretty much in line with what core i5 6 core parts currently cost but do note that the core i5 9400 which retails for 179 dollars US has no hyper threading whereas these models do lastly we have the four core i3 SKUs which feature four cores and eight threads.

Finally which is a good move for this lineup and these start at one $29 us and end up at $179 us and it’s worth pointing out some of these models have specifications that do match up to intel’s flagship SKUs from previous  generations.

Those retailed at over $300 u.s. while the competition has moved the SKU down to the sub $150 here want to take a moment to talk about the core i9 10900 KF which is a horrible name it’s just really a mouthful it’s gonna be really hard to get that one out especially.

If you’re going to ask for the part but it is rumored to be the flagship SKU of their lineup featuring 10 cores and 20 threads and based on the pricing it will be competing directly against the AMD risin 930 900 X which offers a total of 12 cores and 24 threads the chip is clock at three point four gigahertz base with the 5.2 gigahertz single core turbo clock and the chip features 20 megabytes of cache a 105 watt TDP and a pricing of $499 Intel still won’t be matching AMD’s higher core count on the mainstream platform but looking at recent AMD Verizon 3000 series reviews. 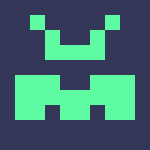 Artificial tree which is capable of sucking up air pollution

WiFi 6 : Every Thing you must know about Wi-Fi 6

How To Always Open Your Browsers In Incognito Mode